If you don’t already know, the real estate market is hot right now, due to a number of factors. Interest is near historically low rates, sometimes as low as two percent.

People have been stuck at home for almost a year and have realized that they either don’t have enough room or have too much room. Or else they are just sick of their living spaces. The forced togetherness has exposed cracks in relationships and couples are splitting up and one or both need a new place to live.

As the year comes to a close, we take a look at the hottest of the Hot Houses we profiled in 2020 and bring you up to date on what’s happened to them.

The most popular house we featured over the past year was the late Prof. Richard Macksey’s incredible house and library which was the repository for more than 70,000 books when he lived there. The house was loaded with stunning architectural details, beautiful gardens and, of course, the huge library space. The house recently sold for $765,000, which is $70k less than the original asking price. And the books? They are now at the Johns Hopkins University libraries. 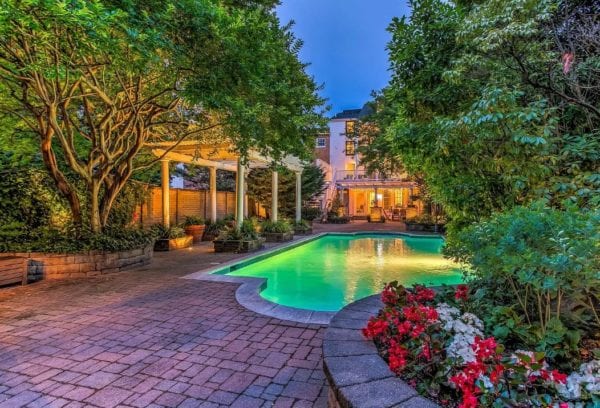 The winner of the “Looks can be deceiving” award was the double-wide row-house in Fells Point. This amazing house, which seemed so ordinary from the street, featured a pool, beautiful mature trees, and on-site parking. Add to that five bedrooms, an updated kitchen, entertaining space, and a long history in Baltimore, and you had a one-of-a-kind Bond Street dwelling. It sold in September for $1.35 million, which was $70,000 less than the original asking price. 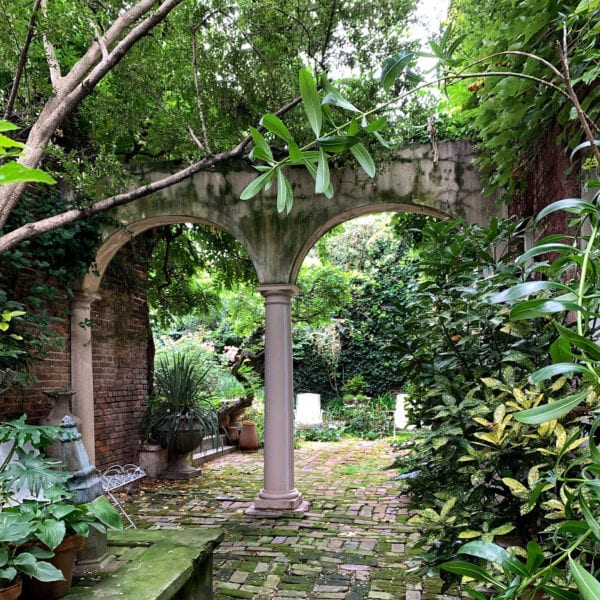 The Palace on Dallas was one of the most personal and quirky houses that’s come on the local market in recent memory. Home to a props master/set designer and vintage clothing dealer, it was actually four properties cobbled together to make one space with a huge private enclosed garden, a loggia and even an on-site parking spot. So much of what was in the house was personal to the owners, but the house sold quickly for the full asking price of $550,000.

A classic English Tudor-style house, thought to be designed by Palmer & Lamdin, was another one of our most popular. Palmer & Lamdin’s signature style features chimneys with turned-brick details, steel casement windows, a multi-layered façade, and a mix of stone and brick. In the quiet Poplar Hill neighborhood, this house is filled with wonderful features including several fireplaces, beautiful wood-paneled rooms, Tudor-arched doorways, a sweeping staircase, and the original windows. It sold in November for $950,000, which was $50k less than the original price. 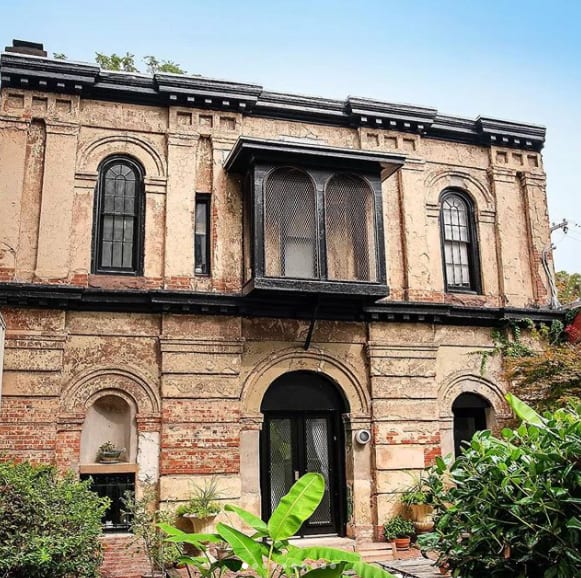 The “Is this really Baltimore” award goes to the sweet little carriage house apartments on Branch Lane in Mount Vernon. There were two apartments on sale concurrently, so records are mixed as to the sale prices and dates. These 1870 jewel-box apartments were just 700 square feet. With one bedroom, one bathroom, a light-filled living room, and a compact kitchen, they were bigger than many apartments. But the carriage house has one feature that makes it stand out from almost any apartment: a huge back garden/terrace. One of the apartments went for $210,000 on a $190,000 asking price (as far as I can discern from the records) in December. 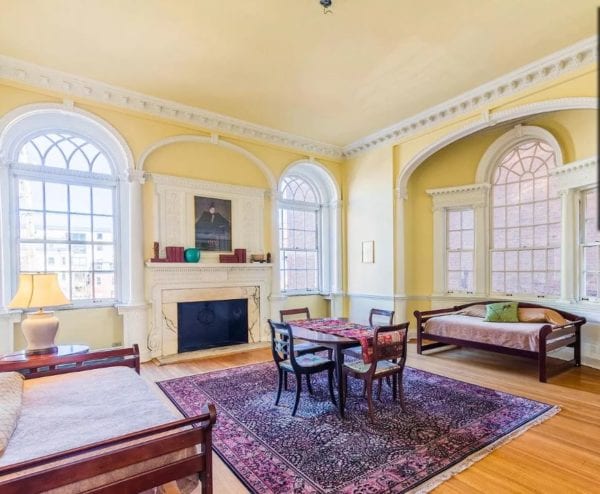 Two of the other most popular properties have not sold yet, with one being taken off the market. My personal favorite, the Georgian gem on Madison Street, was $224,900, but has been removed from the market. It may have become a rental. The studio apartment featured classic design elements that would be impossible to duplicate today.

The beautiful and grand stone house, overlooking Loch Raven is still on the market and the price has been reduced by $312,000. Past owners have [fortunately] kept many of the house’s original details including ample wood paneling, six fireplaces and exceptional trim and millwork. The house is now priced at $3,275,000.

Thank you so much for reading Hot House, and I look forward to sharing more houses with you in 2021.