Recently in a conversation with my mother about how special I was as a kid, she said, and I quote: “I wasn’t going to allow you to be the nasty little wretched sonofabitch you wanted to be.” Damn, Mom! She really lit in on me with that one, but she’s right. I was a little bad-ass growing up.

I remember living in Salt Lake City, Utah, from ages two through eight, and in that time racking up quite a few “wretched” incidents. For one, I diverted my school picture money given to me by Mom for the principal, and, like a Willy Wonka version of Robin Hood, spent it all at the 7-Eleven adjacent to the bus stop. What?!  I was spreading good cheer and king-size Hershey bars!

I was also a skillful shoplifter at the corner store that stood at the bottom of a steep hill in our neighborhood. I stole candy on the regular, so much so that the Korean proprietress ran outside after me one day: “You steal from me again, I shoot you.” I mimicked, “You shoot me?” I’m sure she wanted to sprinkle my ass with buckshot as I tore up the hill, candy still in my greedy little clutches. I’d find a tree on the way home and with some kind of device—let’s say a strong twig—I’d scratch out a shallow grave for my wares, pat dirt on top and mark it. I’d revisit my storage space on the way to the bus stop on school mornings.

I didn’t stop with stealing candy and money for candy, I also forged my mother’s signature on a disciplinary note sent home by my teacher. I thought I was smart with my large elementary school hand; Mom always used a Greek E in her signatures, so I did too. Not to toot my own horn, buuuuutttt I did get away with it for about a month.

I was fast-talking Freda; I had an answer for everything:

“I know she hasn’t been feeling well.”

Finally, the principal, sick of my shenanigans, took me into the chapel and gave me an ultimatum: “If you don’t tell your mother tonight, then you will be kicked out of school.”

I wish I could remember why I had a note sent home in the first place. By this point my life was reminiscent of the plot of 90s Christian Slater movie Very Bad Things. But I digress. So, back against the wall, veil finally yanked, I admit some of the story to my mother, trying to dance around the issue to avoid the in-depth E! True Hollywood version.

Well, kids have a habit of doing dumb things, dumb, transparent-as-a-glass-of-water things, and what they never realize is that adults have been there, done that and in many cases done it better. Needless to say, when I told my Mom about the forged note I figured she’d be angry. What I didn’t bet on is that her favorite aunt, Gloria–her mother’s sister–had succumbed to breast cancer that day. I remember her crying in the kitchen, and how I thought that I, her devil spawn, had finally broken her.

Later, Dad made sure to tell me it wasn’t about me. Fed up with my continuous need to release the wild child in me, he sent me outside on a cold fall night in my birthday suit. There I stood shivering on the covered porch, my silhouette outlined in the buttery beam of kitchen light. I covered my kibbles and bits while staring at my parents huddled together behind the screen door. Mom looked worried; Dad looked simultaneously firm and resigned. She would later tell me how difficult it was to see me like that, but she also admitted to feeling helpless when it came to me. I was her oldest, her first baby; she wanted my brothers and sisters to feel lucky to be here with me leading the pack.

So back to the shivering youngster on a side porch under the thin mountain air of Utah—I would have bet money that I stood out there for an hour, but there’s no way I did. Note to self: Ask Mom how long I was actually on the porch.

Dad pointed behind me to the mountain chains in the distance.

“If you want to go live with your grandmother (his mom, my savior), then keep going east through the mountains, you’ll eventually run into her.”

Then I thought of myself shivering, trekking on foot through dark mountains on a quest to my grandmother. My imagination played out the scene similar to Frodo’s quest to get the ring to Mordor. Of course I didn’t know about Lord of the Rings books or J.R.R. Tolkien then, but Frodo’s journey as depicted in the movies was how I saw myself. Post-journey, I would have looked like Gollum’s slightly cuter yet atrophied cousin.

After what felt like forever, Dad finally released me from the cold back into the warmth of the house. I was grateful—at least for the moment, I’d been allowed back into the fold.

Cija (pronounced Kia) Jefferson is an education advocate by day and a writer by night who would prefer to base her livelihood solely on writing and social commentary. You can follow her on twitter @cijasquips 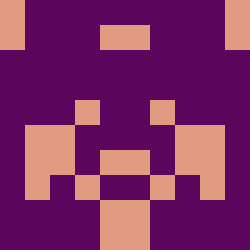