I met Mary Patelli when I was five. Our mothers were ICU nurses together, both divorced, both in co-dependency meetings. Our families lived around the corner from each other in the suburbs of Baltimore. I saw her nearly every day; we vacationed together in the summer. We shared mothers.

My mother was the type to cover the soles of her shoes in soot and make fake Santa footprints for Christmas. In every holiday card, birthday card, and motherly note in my lunch box, she drew a caricature of herself: a round smiling face with short curly hair and signature big glasses. She stayed up nights and slept during the days. The term night owl was used when I was little, before I knew about her medications, the severity of her rheumatoid arthritis, and the side effects of both. We ate fast food and TV dinners. My mom assured me she had always hated cooking, even before the illness. Mary’s mom, Ms. Marcy, battled her own illness with SSRIs, but, unlike my mother, she liked to cook. We ate dinner together at the Patellis’ at least twice a week, Mary’s family: a mother, three children, and one great-aunt; and mine: my mother and me.

Mary Patelli, now eight years old, with straight brown hair and freckles in the summer, wore all black clothes and was allergic to meat (which is what she said when she decided she didn’t want to eat it anymore). She was my best friend, always active, always bossy—Mary—placed squarely in the middle of a happily dysfunctional and broken home. We played dress-up, fort, and tag. We sang musicals, “Annie” and “Cats.” Sometimes we sat silently next to each other and read without needing to interact, parallel play my mother said, and I imagined it to be similar to her passing Mary’s mother in the halls of the hospital.

Like Mary and me, Ms. Marcy and my mother were best friends. When my mother left the hospital on disability, they continued to get together. They spoke on the phone at least once a day, Ms. Marcy listening as my mom told her she was no longer able to braid my hair because her fingers were too stiff. My mother consoling Ms. Marcy when her on-again/off-again relationship was again off. Mary and I were too innocent to know about the boyfriend, as we played on the silver and blue swing set in the backyard at Ms. Marcy’s, where Mary spent four days of the week. The other three she spent at her father’s.

The Patelli kids were in a constant shuffle, split between two homes and between two cats: Misha (after the Russian ballet dancer Mikhail Baryshnikov) and Midnight (after the sky because she was black, and what the hell else are you going to call a black cat?). The Patellis had always had cats, so when they got a dog it had been something special. It was their mother, not their father, who finally caved. Or maybe it was her idea to bring home something sturdy, something stable for her three children, so that if she needed to sleep all day they would have company.

His name was Rusty.

Rusty, like Midnight, was so named for his coat, a brick red, rust-colored hue. I had gotten a dog around the same time and named him Frisky, a slight deviation from coat nomenclature, but still just a description. At eight, I didn’t need to go further than that. I didn’t understand how a cat could be called Misha. It wasn’t graceful like a dancer and it certainly didn’t speak Russian. The leap to that name was far more complicated than I cared for. My dad, when I saw him, had told me stories about his dogs growing up and their names were simple too. I hadn’t seen him yet in the weeks since I’d gotten Frisky, but I was sure he would approve.

My mother and Ms. Marcy talked about our dads, their exes. Sometimes we overheard them saying, “I can’t deal with him anymore,” “She hasn’t seen him in a month.” I wasn’t privy to all the conversations between them, but I could imagine they’d talked before bringing home Rusty and Frisky.

The drive to Mary’s house was always short, but this day it felt long. The trees were all turning yellow and orange and red, like the traffic light my mother and I stared at. Earlier that day my mother had told me the Patellis had put down their dog. When she said it, it was like all big news in our small family: eased into with an appropriate set-up. “You know all the problems they’ve had with Rusty?” My mother always had the right words. Like when she came clean about Santa Claus, she started with: “You know I don’t ever want to lie to you.” Or when, with motherly intuition, she prepared me by saying, “You know I’m going to die early, right? I’m not going to live to an old age.” Her words placed me gently in a position of omniscience, where somewhere deep down I already knew the truth, where years later, after she was gone, I would return to my childhood. I would write; I would try to find my own right words.

“You remember they talked about having to put him down if it happened again.”

“She’s really upset about it.”

I looked out the car window and watched the wind shake loose a few fall leaves.

When we arrived at the Patellis house that night, the first night without Rusty, I was eager to find Mary and tell her I was sorry. As I came in, I said hello to Ms. Marcy, who said that Mary was outside. I went to open the back door, but her little sister caught me before I could.

Chrissy was only a year younger than Mary and I, but she had a way of whining that excluded her from our friendship. Her whining, although separate from her speech impediment, went hand in hand with her popping up where she wasn’t wanted. She stood between me and the back door and my best friend on the other side of it. I told her how sorry I was and meant it. I hoped Mary hadn’t heard because then I would have to think of something else to say to her, and at eight I had no other words.

I found Mary on the back porch seated at the top of the stairs, staring out into the yard. Dusk hid her face. Being upset about loss wasn’t a surprise to me. By then I had lost my grandfather, my great grandmother, and countless pencils right when I needed to write things down. Mary hadn’t lost anything yet, and her face surprised me. She stared with the corners of her mouth shaking. Until then I had never seen her sad or dejected, never anxious. I swore she had never been quiet until now, where I joined her on the porch and we sat not saying anything until she got up and walked down the stairs. In the sunset, the grass darkened and she became a silhouette in the yard. My stomach sank. I hadn’t given my condolences. I hadn’t even said hi. But I could tell, because it was how I often felt, Mary wanted to be left alone. Before that moment, I hadn’t realized she had been a sort of hope for me, that I had placed that expectation on her—the constant stable happy one. We were more similar than I had thought; she had just handled it differently.

Eighteen years later when my mother died I was thankful for this difference. I found myself picturing her dead over and over: pale, disheveled, a drop of blood under her nose, and her signature glasses nowhere in sight. But she was at peace beneath hospital sheets like the ones in the hospitals where she and Ms. Marcy had worked. I saw this image of her dead often; for a while it was the sharpest memory of my mother I had, while Mary on the phone long distance remembered the way she used to sign her cards with a sketch of her smiling face, or the night my mother and I came over after Rusty died. I was thankful that Mary handled grief differently, even for all our similarities.

We both had disconnected fathers and nurses for mothers, nurses who easily cared for others, but struggled to care for themselves. And Mary and I never had good dogs. Or maybe, as she says now, we aren’t good dog people. We had the dogs that chewed up Barbies, that bit your fingers when you fed them, and had to be put to sleep after attacking multiple strangers (Rusty only lasted a year), but we loved them all the same. We were still little girls then with untrained attachment instincts, willing to love everything without realizing it would leave us.

Jessica Welch enjoys challenging expectations as a writer. She is currently seeking her MFA in fiction at the University of Baltimore, where she also works as a writing consultant and teaching assistant. She writes in multiple genres and her work has been published in several local journals. In addition to writing, Jessica uses her creative impetus for costume design and dance instruction. 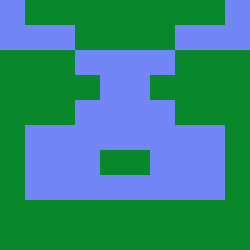