We were talking after dinner, my mother, father, and I.

As usual after a meal, my mother hovered in their kitchen, clearing plates and announcing what was on offer for dessert (“Peaches! We have fresh peaches!”), while my dad and I lingered at the table.

I was prompting him to recall old Red Sox baseball players during the era of the Impossible Dream of 1967 and the so-called “Greatest World Series” match-up between the Sox and the Cincinnati Reds in 1974. Occasionally my dad’s memory would falter and my mother would call out names, trying to save his train of thought before it pulled away without him.

The reason I prompted the conversation was not because of my own love of sports, or interest in Red Sox history, it was because my father’s memory was noticeably worse over the past year. A combination of Parkinson’s and Alzheimer’s had started to accelerate, and his habit of losing words or names had progressed to losing entire conversations he had had only hours before.

He was still himself, still sharp enough for his eyes to twinkle in that familiar way, still able to access his world-class sense of humor, which was not gone. But he also wasn’t himself in many ways: a brain-stem condition had greatly impaired his walking, and he had recently chosen to give up his car as well, as his driving had become shaky. He got confused easily, and had become quieter, taking a backseat in conversation and in the household.

This was one reason I’d brought up the Red Sox — I wanted to get him talking. Although he was born in England, he and his family had first settled in Cambridge, Massachusetts, and he had been a passionate fan of the famously frustrating Boston team for decades.

So there he was, easily recalling names like Yaz, Fisk, Rico Petrocelli and Jim Lomberg, with only occasional moments of fishing for names, and it was as present as I’d seen him in months.

Then he mentioned games we had seen live, and I winced, because my memory of those events was spotty, mostly due to the fact that I had completely lost interest in pro sports in my college years, something I think he never really understood. So although I remember the big Red Sox names from my childhood, the minutiae were lost.

He asked if I recalled a game we saw in New York, where we saw Reggie Cleveland pitch against the Yankees, and I admitted I didn’t. He provided more detail: there had been a double-header the day before and the Sox had won both games. Still nothing. He said that the next day we had driven home to Connecticut and listened to the last game of the series on the radio.

I still didn’t recall anything of that weekend, and was starting to wonder why he was pursuing it. After all, I wanted to hear him reminisce, not fuss over stuff I’d forgotten.

But there was a sharpness to the way he was looking at me as he continued, “and it was that trip that we stopped at the Connecticut River Valley Dinosaur Museum.”

My eyelids popped open and I felt a surge of delight, an ancient long-since-lost memory of seeing dinosaur footprints at this museum and being struck by the evidence of creatures walking about eons ago.

The twinkle in his eye had returned, and I realized he had given me a tremendous gift — my father, in failing health and mental acuity, led me through old memories to give me back something I had forgotten, a memory that connected to my childhood fascination with dinosaurs.

Even more, he had given me a tremendous last image of his good nature and love, for it was the last time I saw him alive. He died at home a few weeks later, and while that sudden blow was brutal, the memory I have recounted here gave me tremendous comfort.

For that, I thank him.

Geoffrey Welchman lives in Baltimore, and writes and hosts The Inverse Delirium Podcast. 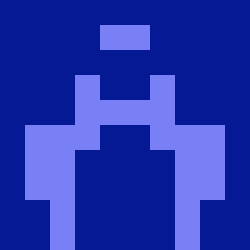