A stylish and eclectic ‘Good Neighbor’ moves onto Falls Road

Walk into Hampden’s Good Neighbor café and shop and it feels like everything was meant to be photographed for Instagram — from the Japanese ceramics to the hand-painted mirrored entrance sign and obligatory selfie spot, to the stools and chairs by Danish brand Hem. Topped with edible flowers and other colorful ingredients, even the toasts on the food menu were made to sparkle on camera.

END_OF_DOCUMENT_TOKEN_TO_BE_REPLACED 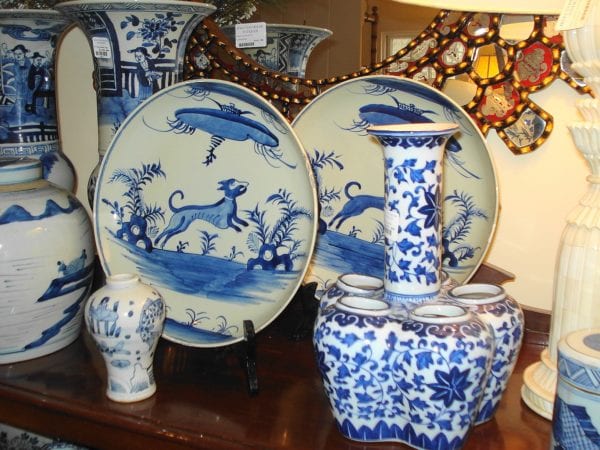 Halcyon House Antiques will close its retail store this month but the owners plan to hold on to the historic Lutherville property to host events such as shopping pop-ups and art and trunk shows.

END_OF_DOCUMENT_TOKEN_TO_BE_REPLACED 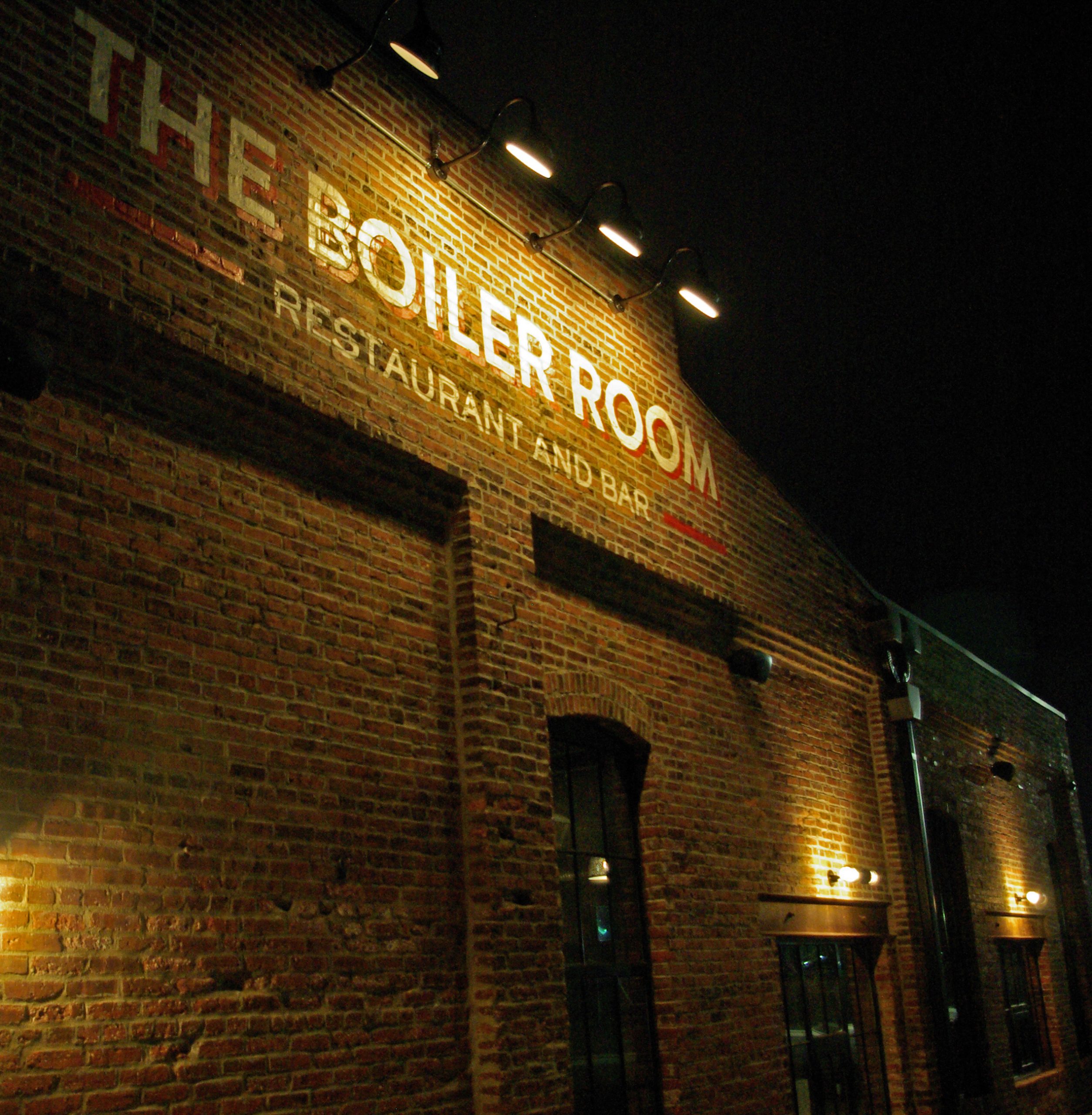 A New American restaurant serving rockfish pho and Reuben eggrolls will open later this month in a former industrial area of East Baltimore.

The Boiler Room will likely open Jan. 15 with 120 seats and goes before the liquor board Jan. 9, General Manager Richard Whelan says. The restaurant will be the first eatery in the Highland Forge complex, a collection of buildings whose tenants include Urban Axes, Monument City Brewing Co., and the Emerging Technology Centers.

END_OF_DOCUMENT_TOKEN_TO_BE_REPLACED

Miller, 64, told Baltimore Fishbowl she hopes to use her experience in urban development and finance to tackle the city’s thorniest issues — boosting the economy while reducing poverty and crime. She plans to outline her vision and unveil her campaign team tonight at the Baltimore Museum of Industry.

END_OF_DOCUMENT_TOKEN_TO_BE_REPLACED

Visitors can find the 1,800-square-foot store just inside the market’s Light Street entrance, across from Ceremony Coffee Roasters. While the store might be in the city, the rustic design will make customers feel as though they have stepped into a rural barn.

END_OF_DOCUMENT_TOKEN_TO_BE_REPLACED

Step into the month-old Hampden restaurant True Chesapeake Oyster Co., and you can almost see and taste the Chesapeake Bay. Jay Fleming’s photos of lighthouses floating on the water grace the walls and the color palette contains various shades of blue. Its signature dish makes its way into the design as thousands of crushed oyster shells are featured in the wraparound bar and oyster cages hang near the entrance.

“There are so many vignettes around the restaurant that make me smile,” says Chef and Partner Zack Mills says of the first restaurant in Whitehall Mill, an 18th century mill undergoing restoration by Terra Nova ventures. “When you’re in a building that’s really beautiful, it’s more fun to come to work.”

END_OF_DOCUMENT_TOKEN_TO_BE_REPLACED 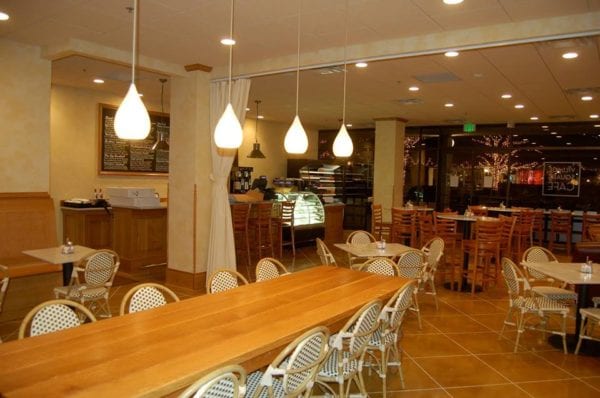 Most restaurant owners wouldn’t consider opening during a recession, but that’s exactly what Robert and Roseann Glick did when they debuted their 130-seat neighborhood café in the Village of Cross Keys December 2008.

Robert’s mother, Ruth Shaw  — of the upscale women’s boutique of the same name that was in Cross Keys for decades — had lamented the lack of a casual café at the suburban shopping center and suggested that someone should open an eatery there, Roseann said.

“It couldn’t have been a worse time to launch a new business, but fortunately for us, we succeeded,” she said. The business caught on quickly and, luckily, the husband-and-wife duo picked the right concept for those lean times: a casual restaurant that serves comfort food. “I think it was to our advantage that we weren’t fine dining,” Roseann said.

END_OF_DOCUMENT_TOKEN_TO_BE_REPLACED 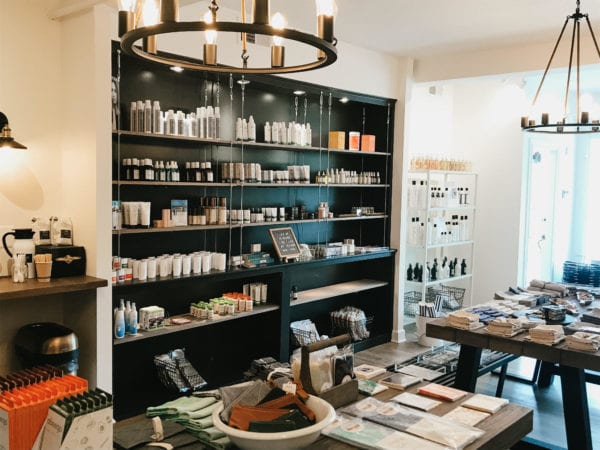 And they can head to the back to grab a cup of Ceremony Coffee with an array of add-ins that will enhance your skin, like collagen, peptide boosters, and raw honey.

END_OF_DOCUMENT_TOKEN_TO_BE_REPLACED

Courtesy Bmore Media – Leaders at the National Aquarium in Baltimore are weighing upgrades to its Inner Harbor building, moving its Fells Point animal rescue facility and changes to its dolphin exhibit that will enhance its conservation mission.

The aquarium has hired Studio Gangs Architects and Impacts Research & Development LLC to prepare a report by the spring that will lay out its strategic planning initiative, says Eric Schwaab, the aquarium’s chief conservation officer.

“A big part of the effort will involve significant outreach to other partners and stakeholders in the community,” Schwaab says.

END_OF_DOCUMENT_TOKEN_TO_BE_REPLACED

Courtesy Bmore Media – Less than a year after opening his popular artisan pizza joint Birroteca, Robbin Haas is ready to tackle his next restaurant venture in Mount Washington.