West Baltimore photographer Devin Allen has achieved many accomplishments over the past four years. He joined Under Armour as a staff photographer, traveled to Asia on multiple occasions to photograph NBA star Steph Curry, became the first Gordon Parks Foundation Fellowship recipient and published his debut photography book, "A Beautiful Ghetto," among other things. In May 2015, following the Freddie Gray uprising, Allen became only the third amateur photographer ever to snag the cover of Time.

Since gaining national attention, Allen has used his resources to donate more than 400 cameras to young people here in Baltimore, as well as New York and Oakland--all while conducting free workshops where he teaches them how to use the cameras, and how to digest life and convey their emotions through photography.

"I wanna make sure that all my notoriety and the doors that I opened don't shut behind me," he says. "I just wanna create another outlet for these kids to express themselves."

He adds, "It's very important to show the kids that you can be from Baltimore and be extremely successful."

Allen jumped off of the porch in 2019. He showcased his first solo exhibition, "Spaces of the Un-entitled," a mix of photography, installation and performance. He sold prints of his photographs for the first time. He gave a keynote address at the 2019 Gordon Parks Foundation Gala, in front of an audience that included some of Allen's favorite artists: Amy Sherald, Kehinde Wiley and Black Thought.

And he is currently exploring a new medium: painting.

Looking forward, Allen wants to photograph high-end fashion, collaborate with designers and be a part of exclusive series of events such as New York Fashion Week.

"I want to show the world that I can shoot about anything if I put my mind to it. I want to build more installations, more performances, and I want to be known for these things and not just be considered a one-trick pony. People will try to put you in a bubble real quick. But I'm an artist. I don't have a ceiling." 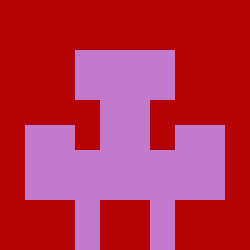