On a cold, early winter evening, I peeked in the coop to check on the chickens. As usual, five of them were snuggled up next to each other on the roost, a tree branch my boyfriend, Jared, had affixed to the wall of the coop. But one, the jet-black Ameraucana we named Thing (because of the silly fuzzy feathers on her face), had been left out. She was huddled alone in the corner on the coop floor, below the other chickens: the spot reserved for the last in the pecking order.

Last spring, almost immediately after we picked up our one-week-old chicks from Whitmore Farms in Emmitsburg, the pecking order of our small flock was established. The two white Delaware hens—we dubbed them Mrs. Hennelsworth and Ladybird, names that sounded bossy and matronly to us—took charge. They’re the friendliest, the bravest, and the biggest birds. As the big mama, Mrs. Hennelsworth will discipline any chicken that gets out of line. For instance, if the others make a lot of noise while flying out of the coop into the run—the fenced-in area of Jared’s backyard that allows the chickens to roam outside yet be protected—she’ll express her annoyance with a nip to the back of the neck. It doesn’t seem to hurt, but it sends a clear message: Cut it out!

The pecking order establishes top bird and bottom bird, and all the birds in between. It’s thought to preemptively resolve any energy-expending fights over resources. In practical terms, it means that Mrs. Hennelsworth usually gets what she wants. I see it when I drop treats of apples, cabbage, and other fresh food into the run: Mrs. Hennelsworth gets her pick, with the other birds deferring to her.

The other chickens—two beautiful French Marans we call Sylvia Plath and Bernadette Peters, just for fun, and Sophia Concetta, a talkative black-and-white Ancona named after Jared’s Sicilian grandmother—get a nip from Mrs. Hennelsworth every now and then. But sometimes it seems that Thing gets in trouble more often than the others—that she’s most often pecked, shoved out of the way, and denied access to the amenities that the other hens enjoy.

Why pick on the smallest bird just because she’s little? It reminds me of middle school girls singling out their weakest classmate to be tortured. And how does denying any one of its members access to food and warmth benefit the flock?

I trust the chickens to do what’s best, but I worry about Thing—much like I worried about Little Brown, the first of our flock who died. Little Brown was squarely at the bottom of the totem pole from the beginning. A beautiful brown and gold Welsummer, she was the only chick who could be “sexed,” or identified as male or female, when she was a week old, so we knew from the beginning that she was a girl. She was small and very sweet; the group pushover, she never complained when the other chicks stepped on her or woke her up from a nap. She just took whatever they dished out and went on her way. She was immediately and without a doubt our favorite.

Little Brown got sick one evening in September, and Jared and I were heartbroken—and unprepared. We didn’t have any antibiotics on hand, and we hadn’t done any reading on chicken illnesses. We knew we should isolate her, for her own sake as much as the other chickens’, as she might infect them or get pecked to death in the flock’s attempt at self-preservation. They had already figured out she was sick—Mrs. Hennelsworth had blocked her from entering the coop at nightfall, which is what tipped Jared off that something was wrong.

We settled Little Brown in a roomy cardboard box in the basement, with a bed of shavings and plenty of food and water. For several days she lay there, listing to one side; her toes were curled up, and tremors wracked her little body. As much as we loved her, Jared and I balked at taking her to an avian vet because of the cost. I appealed to friends and fellow chicken farmers for advice, but Little Brown’s symptoms didn’t point straight at any one thing. I suspected she had a viral disease that is common in chickens, and incurable, but there was no way to know for sure.

Why had this happened? Perhaps Little Brown, the only one of her kind, was susceptible to something the others had fought off. Or perhaps we newbie chicken parents had done something wrong that had caused, or allowed, this to happen. Or could it be that, because she was the littlest chicken, she was denied the nutrition, warmth, and companionship she needed to survive? Had the flock’s instinctual behavior doomed her since the beginning?

Jared had to go out of town that weekend to a conference, and before he left we’d talked about our contingency plans. “If I get back and she’s … sleeping …” he said.

“You can say ‘dead,’” I said, thinking he was trying to protect my feelings.

“I didn’t want to,” he said, his face crumpling.

I spent the weekend visiting Little Brown, kneeling by the side of her cardboard box and encouraging her to eat and drink. I gave her B vitamins and Pedialyte with a dropper and left treats of hard-boiled egg yolks (yes, chickens love egg yolk) and spinach within reach, as she wasn’t able to walk anymore. Sometimes she seemed perkier, and once or twice I found her eating on her own. Although she wasn’t getting worse, she also wasn’t getting any better. I wondered how I would know when enough was enough.

When I picked Jared up from the airport late on Sunday night, I told him tearfully that it might be time to put Little Brown down. Once we got back to Jared’s house and went to see her, he agreed. We’d never done anything like this before, so we did some quick research to see if there was any way to do it besides the stomach-turning act of breaking her neck—but there were no other options that would be as quick and relatively painless for her.

Jared told me he would do it and headed downstairs, visibly steeling himself. A few minutes later I heard a loud squawk, and my stomach turned. I put an old episode of “The Office” on Jared’s iPad and closed his bedroom door and put my hands over my ears. Ten minutes later, when he came back upstairs, he went straight into the bathroom. I heard water running.

When Jared finally came out of the bathroom, I said, “Was it awful?”

We buried Little Brown under a persimmon tree, saying goodbye with a short and sad ceremony. It’s not something I look forward to doing again. Life and death are part and parcel of raising any animal, and I’ve known since we picked up the little fuzzballs from the farm that we would have to face these things (especially if, one day, we decide to eat them for dinner). But our hens aren’t just farm animals. They’re also our pets. Jared and I made that choice when we gave them names and let ourselves love them. And when one dies, we don’t just bemoan the loss of an egg producer. We mourn the loss of a friend and companion.

As for whether the flock’s behavior will harm Thing or contributed to Little Brown’s death—there’s no way to know. The chickens will do what they will, the same way they’ve done it for thousands of years. All we can do is nourish and protect them as best we can. The rest is up to them. I’ll try to remember that the next time I say goodnight to them, the five up on the roost and the one down below.

Marianne Amoss is a lifelong Baltimorean and recent convert to urban and backyard farming. The former managing editor of Urbanite magazine, Marianne has also written for such publications as Johns Hopkins Magazine, City Paper, and the Baltimore Sun.

For more information about raising your own chickens in the city, read Charm City Cook: Backyard Chickens, today in the Baltimore Fishbowl or visit charmcitycook. 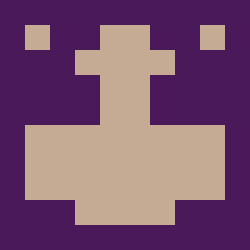