I went through a trauma a couple years ago and haven’t been dating that much since. In the beginning, it was easy to throw myself into other aspects of life, and then suddenly a couple of years passed. It’s very personal, so I don’t feel like sharing the details with prospective dates. Yes, I have had some therapy for it. But I feel wistful for my old, normal life. Every now and then I meet a guy who makes me feel like I might be ready to open up, but I don’t want to bring an unnecessary aspect of seriousness to the relationship too soon. I’m not even sure I know how to express interest anymore, in fact I can’t even attend a party properly. I feel shy where I once felt bold. I feel self-conscious when I once felt confident. I feel broken where I once felt whole.

Oof… You’re going along in life, you think you’re old and wise and have been there, done that, but then one day something happens that makes you feel like you know nothing. Maybe your parents died in a car crash and you find your entire identity as it relates to family and childhood is broken, and you spend the holidays watching movies alone on medication. Maybe you were raped, and a nice guy starts tickling you, but you burst into tears because you can’t get away, and he doesn’t understand. Maybe you’ve returned home from a couple years in Afghanistan, a single, far more complicated guy than you think any girl could ever understand. In a perfect world, there would be a dating website that pairs scars with complementary scars and steers you clear of people who would (perhaps unknowingly) make those scars deeper.

We think of our identity so much in terms of hindsight and less in terms of who we are in the present. To ourselves, we are our walking autobiography. To others, unless the beholder is more sensitive than most, we are defined by who we are in the present. That means if you’re at a party and meet someone new, and you come off as shy or cold, a guy might think you’re snobby, uninterested, or too introverted to be attractive. Really, you’re just too busy living on your own private battlefield to be concerned with being mistaken for a wallflower.

This isn’t fear of rejection or anything equally commonplace and manageable, this is fear of the real consequences of real life, and real life sucks. There are no romantic comedies in this territory. The worst that happens at the beginning of those is the female protagonist realizing her life sucks and she must (yawn) learn to live again. Inexplicably she always has the means to do so — in like, Bali. Not to diminish Stella or the importance of getting her groove back, but you get to a point in dating at which none of the formula fortune cookies apply; you’re in lonely, dark, uncharted territory.

First of all, let go of how good you used to have it. Don’t view your current self with a rear-view mirror of your old self, attached to you like a spare appendage ready and waiting for your sadness to snack on. This can be tough because we naturally want to pull tools from our Past Experiences Bag when we encounter social situations that require us to engage. If you’re lying in bed at night missing your old, carefree, innocent self, try to stop that when you can – or consciously think of it as a funeral, not a perpetual wake staged in the creepiest living room of your mind, but a symbolic and mindful farewell. Sure, we can’t let some stuff go entirely. But in trying, we loosen our grip.

Second, you mustn’t take the harm that came to you personally. Our stories are so filled with people being saved from harm that when no hero rushes to rescue us, we feel abandoned by the universe. Yet, in a world in which 22,000 children die every day due to poverty, you are still faring pretty well. There are two kinds of tragic people: Those who die before they ever see anything dark, and those who have to get on with the business of living after a mega-crisis. I know, real life sometimes seems best suited to the lucky few in between. Don’t pine for the ideal. You’re past that now. Your goal is to invent a real life with whatever you’ve been given.

This is who you are now. Look in a mirror, look at your budding wrinkles, and tell yourself until it sticks: This is who I am today. So, what are you going to do with the self you’re stuck with? You won’t be the perfect guest or the most entertaining friend — but you may be the better listener or the most loyal friend. Likewise, in dating, you won’t be the girl who is full of life. And yes, some guys want that. Embrace the changes that are happening to your personality, your sense of self, your sense of safety and wellness. You may even need to let shallower friends go in favor of new friends who are capable of understanding the more complex person you are today.

You haven’t really grown up until you look at young people and envy their untested resilience. Until you feel like a rotten, trampled old mushroom among a field of shining daisies. Acknowledge that you feel that (and try to find some humor). If you look behind you, chances are there is an even older person looking that way at you. So go talk to that guy, and let the daisies enjoy their party. Congratulate yourself for going in the first place, and if you don’t feel like talking to anyone, fine. If people think you’re shy or distant or dumb, fine. Actively think about who you are and how the space you’re occupying feels in those moments. Take deep breaths. Sit down. Use your status as a fungi to make some of the smaller daisies feel more comfortable. Indeed: when you need to reel yourself back in, aim to focus on the needs of others. Because even amongst all that darkness, there are plenty of other people down there with you, trying to show up at parties, too.

I don’t think it’s advisable to wait until you feel “whole again” before beginning to date, unless the crisis just happened last week. What is whole again? Your past, idealized, “whole self” is a memory viewed through nostalgia, and perhaps the engine of its appeal is that you didn’t appreciate it when you had it. Work with what what you’ve got — however little you think it is, and apply that energy towards loving others. Yes, some will throw it back in your face. Doesn’t matter, move on to the next person. Go on dates. Accept ahead of time that some of those dates will be with guys who’ll never call again because they want the daisies. I knew a woman whose husband left her when she got cancer. Her mortality repelled him. Guys like that are too fixated on their own issues to take on someone else’s, so they prefer dating the blankest of slates to have a proper surface upon which to draw themselves. It will be the rarer guys who’ll want you to be a real person with real experiences. And you’ll know because they’ll not only stick around, they will seem interested in drawing you out. Let them — little by little.

It sucks, I know. You’re having dinner with a guy and you feel him pressing you for signs and symbols and affection, and even though he is moving at a normal pace, it feels too fast for you. He is trying to walk alongside you, and doesn’t understand why you trail behind him like a child. Think of it as an intelligence test for prospective dates. If he gets too impatient, he fails. If he seems genuinely interested in what’s going on, and it becomes appropriate to tell him what happened, do so in general terms until you feel totally ready. From there, you can slowly focus on sharper detail as he earns your trust.

Survival relies on two sides of a whole coin. Heads asks that you put things in perspective, be grateful for what you have left, and move on. Tails asks that you allow yourself to grieve when you need to, says that you can’t love others till you love yourself, promises that you can be as sad as you damn well want to be. Some days will be spent more on one side, the next on the other. One side does not exist to make the other feel guilty, they are designed to work in concert, to strengthen you. Once you understand the process, you really are in the best of company. 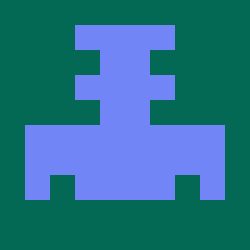