I’m white, and I live in a neighborhood of yuppies near the water in Baltimore City. So, I can’t speak to what it’s like for the folks affected by police brutality.

But I can speak to what it’s like to deal with police when you’re a stupid, white teenager. I believe these kinds of stories are important to tell right now; they highlight how unfair our current system is. Sure, life’s not fair. But criminal justice should be.

I grew up in an affluent Baltimore County neighborhood that was five minutes from the Towson mall but looked like a slice of countryside. We couldn’t see our neighbors’ houses from our huge, tree-bordered yard. We christened the first (of many) houses to sell in the neighborhood for over $1 million as the 1.2 house. Almost all of our neighbors were white, and most kids went to private school. Our house’s deed read: “No pigs, no Jews, and no horses.” As a half-Jewish equestrian, I delighted in breaking one of these rules, and rued that my parents wouldn’t let me break the third.

One night that lives large in family legend, two cops walked up to our French doors and knocked, hard.

My father paused whatever movie we were watching and answered the door.

“Good evening,” one of the cops said. “Excuse me, sir, are there any teenagers living here?”

I was home cleaning my saddle before a horseback-riding competition. Guilty as charged, I stood up from my cleaning station on the floor. The cop looked at me sternly.

“Well, yeah,” my dad said. “She’s been home all night, and my son is with friends.” “One of your neighbors called to say teenagers were throwing things at cars on Seminary Avenue, and that someone threw a water bottle at her,” the cop said.

I looked at my mother and tried not to smirk. The throwing things at cars part, at least, sounded like my younger brother for sure.

“We’ll let you know if we hear anything,” my mother said.

“She said they ran this way. We already checked next door,” the cop said.

“We haven’t seen anyone go by,” my dad said.

The cops thanked us for our cooperation and went on their way.

As soon as the police left, my mother called my brother.

“Travis? Where are you? The cops just came to the house.”

“I’m hiding in the woods! A maniac was chasing me with a golf club!”

My mom relayed the message to us.

My father reached for the phone. “You need to come home. Now.”

“There’s no one outside. Come home. Now.” My father’s typical tactic for anger management was to silently walk away to another room. When that proved insufficient, and he actually raised his voice, you knew you were in big trouble.

So Travis headed home, and in the meantime, my dad called the neighbors on Seminary Avenue. And here, it turns out, is what happened.

My brother and a few friends were indeed throwing things—water balloons—at cars on Seminary Avenue. From the cover of darkness and the trees of our neighbor’s yard, they threw and laughed as the cars cruised by.

Until one car stopped. The driver, a huge white guy in a wife-beater, came out wielding a golf club and cursing. By this point, our neighbor, a Baltimore County judge, had come to see what the ruckus was about. She was hit by a water bottle thrown by Mr. Road Rage, which hurt but caused no real damage.

As my brother and his friends dispersed, allegedly chased by the guy with the golf club into the woods behind our house, our neighbor called the cops.

Travis had to write an apology to our neighbor, and he was grounded. That was it. The police trusted my parents—and the neighbor’s kid, Nick—enough to move on after just a few questions.

When we were discussing this incident over a recent family dinner, I told my brother, “If you were black, the cops would have found you and beat you up that night.”

“No they wouldn’t have,” my brother said. “Because I would have just stayed in the woods for the rest of my life.”

And if you’re black, you don’t even have to be making mischief to get involved with the cops. If you’re like Freddie Gray, you just have to make eye contact and run. Because you’re scared. Because you know what could come next.

Tracy Gold is a writer, editor, marketer and teacher. Her stories and poems are published or forthcoming in several journals and anthologies. She is an M.F.A. candidate in Fiction at the University of Baltimore. 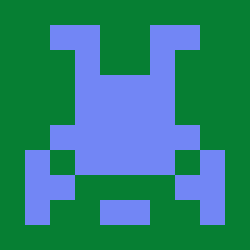