Writer and UMBC visiting prof Deborah Rudacille looks back at Open Walls Baltimore and the complicated relationship between graffiti and street art.

One fine evening last spring, the street artist Gaia hunched over the handlebars of his bike watching two Ukrainian artists named Alexei and Vladimir spray a Chagall-like image on the side of a Maryland Avenue senior center.

The 23-year-old Maryland Institute College of Art graduate had spent the past five months putting together Open Walls, a month-long street art project. With help from Ben Stone of Station North Arts and Entertainment, he had secured a bit more than $60,000 dollars in grant funding from PNC bank and $20,000 from a $150,000 National Endowment for the Arts neighborhood grant to fund the project. He had arranged for permits, rented lifts and gotten the mayor to appear at the launch party. He was housing a revolving collection of artists in his cluttered loft and spent most days cycling between walls in Station North and Greenmount West, making sure that the artists had enough paint and wheatpaste, that the lifts were working properly and that relations between the artists and residents of the community were amicable. And he had put up the first mural himself, on the high-profile corner of North and Charles.

As legendary graffiti photographer Martha Cooper snapped shot after shot of Gaia on his bike with the Ukrainians in the background for a magazine article, an old school graffiti artist named Alco drove by and hailed the two. Hopping out of the passenger seat of the car with a plastic bag containing a six-pack of beer, he surveyed the work of the Ukrainians.

“Beautiful,” he said appreciatively, offering a can to Gaia.  “I love it.”

It was a passing of the torch moment. Alco, a 40-year-old African-American native of Baltimore, had not only been arrested but also beaten by police for practicing his art in his younger days, he said. Even so, he is not jealous of the official backing, money or prestige enjoyed by a new generation of street artists like Gaia and the international crew participating in Open Walls Baltimore and a tsunami of other high-profile street art festivals cresting around the world this summer.

“I would not want the younger generation to go through what I went through,” Alco said. “We paid the dues.” Still, he allowed that it would have been nice if there were more diversity in Open Walls, “not all young white boys.”

Gaia was quick to point out that he had invited local artists to participate in the Baltimore project, including a handful of women. But as he admitted, “I’m not really involved in the graffiti scene here. I do something very different though I have a lot of respect for them.”

The relationship between graffiti and its gentrified cousin, street art, is a bit complicated. On the one hand, most of the artists who participated in Open Walls and a similar project in Richmond, the G-40 Art Summit, earlier this spring admit to doing both legal and illegal work, and many started out as graffiti writers. The artists Angry Woebots and Scribe, for example, who painted facing walls off Broad Street, Richmond’s main shopping district, were both arrested in their younger days.

“Two of my professors in art school turned me in and I got kicked out of school in ‘94,” said Scribe, the son of a pastor who began his graffiti career during high school in Boston. “I was on the news a lot” after being arrested in Kansas City in 1993, he said. He was asked to leave the Kansas City Art Institute shortly afterwards.

But that notoriety led to his first commissioned work and today he is art director of Children’s Mercy Hospital in the same city where he was arrested. Married and a father of two, Scribe said that he is long past the age at which running from the police seems like an adventure. But he does not regret his past.

“It was fun to tag and bomb when we were kids,” agreed Angry Woebots, a 34-year-old native of Hawaii who was arrested in 1997. Woebots cites West Coast gang graffiti as the school that nurtured him but like Scribe does not regret going legal.

“I don’t even call myself a graffiti artist now though a lot of my mentors are graf artists,” he said.

The distinction between the two art forms is based mostly on technique and intent, the artists say. Graffiti is letter-based and sprayed on fast and dirty, Scribe pointed out as he took a break from his piece, a cartoon rhino hitching a ride on a woozy whale. “I was taught if you can’t do it with a can, don’t do it at all,” he said. By contrast, street artists use a range of materials and techniques to create large-scale images that can and do take days to execute, often with the aid of mechanical lifts rented by festival organizers.

In Richmond, the Puerto Rican duo La Pandilla used tiny brushes to painstakingly ink a 10-foot-high wall while the Argentinian artist Jaz mixed tar with mineral spirits to create a brownish wash that imparts a primitive feel to a mural of two headless conquistador-like figures surrounded by a crowd of seated natives. In Baltimore two weeks later, the Portuguese artist Vhils and his assistants drilled an arresting image of a man’s face into a crumbling brick wall.

“It’s very different from graffiti which is a codified language with very different intentions,” said Gaia. “Graffiti is about uninhibited expression limited only by the police.”

Street art, by contrast, is curated, organized and selected, he said. “It’s exclusive in a certain way.” That exclusivity rankles some. “What was the voice of the ghetto is now the voice of the silver spoon,” said the Baltimore graffiti artist Stab, 42. “Their parents can afford lawyers.”

Gaia, a skinny whip-smart New Yorker, who converses just as easily with homeless men on the street as the PNC bank officers who helped bankroll his project, is in many ways a perfect poster boy for this new generation of street artists. With a mop of curly hair usually capped by a trucker hat and strong resemblance to the Don’t Look Back-era Bob Dylan, he is exactly the sort of hipster artist that some old-school graffiti artists deride as insufficiently street – pale imitators of the outlaws of old who invaded train yards to paint in the dead of night, lifting spray cans from hardware stores and scaling billboards to hit high visibility targets.

Those stereotypes exasperate Chip Thomas. One of the few African-American artists to participate in Open Walls, Thomas, a 55-year old physician has worked for the Indian Health Service and lived in Arizona among the Navajo nation since 1986. Early on he began photographing daily life on the reservation. After two trips to Brazil in 2004 and 2009, where he was, he says, “blown away by the street art in Rio,” he began enlarging his photos into giant posters and wheatpasting them onto roadside stands, outhouses and water towers on native land.

Though Brazilian murals provided the immediate impetus for midlife blossoming as a street artist, Thomas’ interest in graffiti germinated long ago, in trips to New York City at a time when subway artists, b boys (breakdancers) and DJs were giving birth to hip-hop culture. “I was a self-proclaimed member of the Zulu Nation of Afrikaa Bambaataa,” the South Bronx DJ who is considered one of the fathers of the art form, Thomas said. “I really wanted to be a b boy.”

The doctor, who sports short dreadlocks and views his art practice as an aspect of his healing work among the Navajo, works under the name Jetsonorama — a tribute to his favorite childhood television show, the futuristic prime-time cartoon “The Jetsons.” But his art tends to look back rather than ahead. “A lot of my early images show of a way of life that is quickly fading,” he said — old men herding sheep and goats and newborn lambs and kids butting heads in pasture, for example. After two weeks of sleeping in Gaia’s loft, Thomas headed back home to Arizona, returning the hospitality a month later when Gaia and a handful of other OWB artists traveled to the reservation for a rural street art project Thomas called Painted Desert.

Pixel Pancho and 2501, Italian artists who did not participate in Open Walls but who worked independently in Baltimore during the project, are excited by the possibility of returning to the city next year. After painting a handful of murals for the G-40 project in Richmond, the scruffily handsome duo wound up in Southwest Baltimore as guests of photographer Martha Cooper, who keeps a house there. Cooper, who has been documenting daily life in the neighborhood, introduced them to some local business owners who were enthusiastic about the two painting murals on their buildings.

As they worked on their first joint project, 2501’s black and white zebra encountering Pixel’s colorful biomechanical horse, neighborhood children gathered and clamored for them to write their names on the wall — the primal impulse behind all graffiti. The two obliged.

“This kind of art is a performance after all,” 2501 says. “It’s about the artist being in a place and communicating with the neighborhood.”

A former film student from Milan, 2501 says that he did letter-based train graffiti for 14 years. Then, he started working with “puppets” – character-based graffiti — before easing into murals. He has used three different names throughout his career. “It was a kind of evolution,” he says. He recently finished a commission of a huge sculpture of a giant made entirely of leaves in an Italian castle.

Pixel too “started as a graffiti guy,” outside of Turin, where he grew up in a neighborhood much like Sowebo and the similarly marginal banlieus of Paris, he says. “I had a period where I was bombing trains but it doesn’t fulfill me a lot,” he said. “Graffiti is the way I discovered figurative art, but it’s a box.” Even so, the two bombed a train for old time’s sake while in town. “It took 25 minutes,” said 2501, compared to the two days it took them to finish their wall.

Driving through a particularly bleak stretch of West Baltimore full of peeling walls and boarded up houses, blank canvases awaiting the hand of the artist, Pixel sighed.

“Give me three months and I could destroy this city,” he said.

On Friday, August 10, from 5-9 pm, Station North Arts café will hold an exhibition of photos shot by Martha Cooper during Open Walls (including those seen here) titled “Artists at Work.” A screening of the classic 1983 graffiti film, Wild Style, music by DJ Chief Rocker Busy Bee and unveiling of body casts of SNAC owners Kevin Brown & Bill Maughlin by sculptor John Ahearn will round out the program. 1816 N. Charles St.

Deborah Rudacille is Visiting Assistant Professor of Journalism at UMBC and the author of three books, including Roots of Steel: Boom & Bust in an American Mill Town. 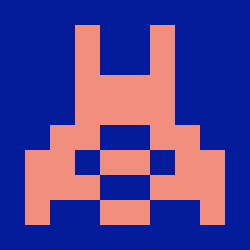