“Parenting is hard,” people would occasionally tell me, whether I asked or not. How hard can it be? 73 percent of the world does it. Hiking Mount Everest is hard. I can change poopy diapers and learn to sleep less.

When that theoretical concept became a reality, my wife and I found ourselves on the other end of the daycare game. And we did the same parenting math that all couples do. The end result was that, thanks to my poor financial goal-setting, it made sense for me to quit my job to raise our daughter. Which is fine, because who wouldn’t want to quit their job in favor of not having one? My wife’s salary could cover our expenses so long as we trimmed and tucked and got rid of cable. So now, not only would I be the World’s Most Awesome Dad, but I’d be out in front of a new breed of families, pioneering childcare in the new millennium.

A couple of very emasculating things happen the moment you decide to quit your steady government job in favor of staying at home with a baby. First, there’s the loss of a salary, and with that, financial privacy. I can no longer buy a Zagnut bar without my wife seeing it in the credit card statement that night. Thankfully, they sell candy at Babies “R” Us. Hello, delicious loophole.

Additionally, I’ve now joined a work force that is 99 percent female. Which sounds kind of awesome in one way, but it’s more like being the guy at the Ani Difranco concert.

All this is totally worth it when Mabel and I go to pick up my wife at the Metro and, after being away from her for 11 hours, she’ll see my wife, wave her hands excitedly and say…“Da-da!”

I then have to conceal my prideful smile from my defeated wife.

With a tighter financial waistband and many, many more duties to be spread throughout the household came a lot of adjustment, but being the World’s Most Awesome Dad is not a title that should come easy.

Six months later, it was already clear that Mabel was the World’s Most Awesome Baby, sleeping through the night and smiling at everything anyone ever did. My days were spent feeding her, napping with her and Googling “What the hell am I supposed to be doing with a six-month-old girl?” I spent at least part of every day in a state of worry about whether or not I was reading to her enough, walking with her enough, and whether or not she should be in the room when I was watching “Breaking Bad.”

Then New Year’s came and hit me like it always does along with my birthday. They work as a team to remind me that time still only goes that one damn direction. And this year, just for fun, I got a Facebook invite to my 20-year high school reunion. And man, I couldn’t wait to see all those guys who used to think they were better than me and tell them how unemployed I’d become.

Hey Fish! Great to see you! Whatcha doin these days?

I’m staying home with my daughter.

No. I’m at home raising my child.

That night brought on a panic attack of sorts that unearthed a few questions I’ve been avoiding asking myself since Jenn got pregnant. Am I ready to have kids? Sure, I’m old but that doesn’t disqualify all the unfulfilled dreams I still have. I never made it to Comedy Central, never learned to play piano, and I still have 29 stadiums left on my NFL tour. Were there more things I wanted to accomplish? And amid these thoughts, I could start to hear the sound of a toilet flushing. Could it be that I’m really not happy with this arrangement? And if I’m not happy with my life, am I ready to be a father? And if I’m not ready, how can I be an awesome dad? And if I’m not an awesome dad, how can my daughter be happy? And if she’s not happy, how can I ever be happy?

That downward spiral of doubt started manifesting physically, and I was no longer able to sleep. I found myself awake for three straight nights. My six-month-old daughter was sleeping through the night and I couldn’t. My wife was considerate enough to drop everything to take care of Mabel while I got my head straight. I found myself half jogging/half speed-walking around the block at 3 a.m. on Sunday, hoping to wear myself out, wondering if I was having a heart attack, contemplating digging my fingernails into my forearm, and wondering if it would be better to just go through life as an emotionless zombie in lieu of confronting the heartbreak of failure.

I had to drag my baby to a doctor’s office the following week, where I was prescribed Trazodone for insomnia, anxiety, depression, whatever. It was supposed to take the edge off. I took one the first night and couldn’t figure out how to feed my baby. She was swinging back and forth in her swing, yelling at me, four feet from my side of the bed while I just stared at her, unable to do this remedial task I do five times as day. My wife sent me downstairs for the night. How is it that dealing with 200 kids was so much fun but just this one was so damn hard?

As the days passed, my body got more used to the effects of the medication. Taking care of night feedings and such became a little easier, until two weeks later, when I was taking a pill and once again lying awake. On that Saturday, I sat down with two pills in my hand, concerned about the road I was headed down. How long would it be before I needed three pills? Or four? Shit, I saw Requiem for a Dream. But I needed sleep for the benefit of all three of us. I no longer had only my own misery to worry about. And so I took them. I woke up the next day, completely refreshed, and realized I didn’t have a way out of this. My situation had not changed at all. I was stuck in a perpetual two-week loop that had a rather undefined and potentially harmful end. So I stopped taking the pills and decided I was just going to have to find a way to get through the days.

But that’s my burden, one that comes with this position that I willingly took, knowing there would be unforeseen pitfalls. And when I’m able to look at the horizon instead of the road, I can see that. But right now, I have a baby at home who has no idea what anxiety or depression or insomnia is. And it’s my job, as the World’s Most Awesome Dad, to do what I can to make sure she never does.

Dustin Fisher is an amateur stand-up comedian, award-winning storyteller, freelance writer and stay-at-home dad, all of which are just nicer ways of saying “unemployed.” You can follow along with him and his daughter Mabel as they learn how to raise each other at Daddy Needs a Nap. He has been published in The Huffington Post, The Good Men Project, and elsewhere, and is also seeking his grad degree in Creative Writing at the University of Baltimore because life wasn’t hard enough. 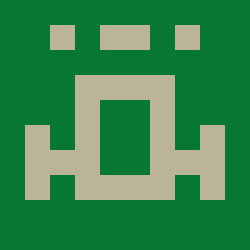