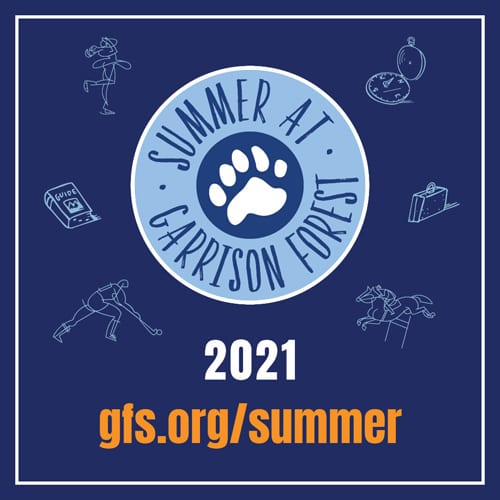 Fun happens here! Summer at Garrison Forest is conveniently located at Garrison Forest School, just off of 695 in Owings Mills in a gated community on a beautiful 110-acre campus. With traditional day, specialty, equestrian and overnight offerings for boys and girls ages 3 and up, there are plenty of opportunities to follow your dreams and explore your passions. Summer at Garrison Forest invites your child to discover new skills, dive deep into their creativity, play what they love and take their talents for a ride! Limited spots are available for 2021.

END_OF_DOCUMENT_TOKEN_TO_BE_REPLACED

The Art of Concentration 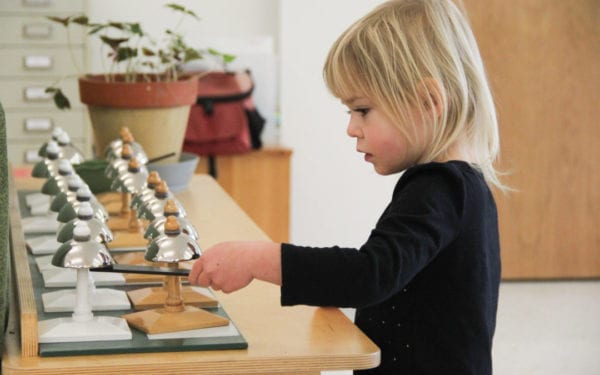 The ability to concentrate and focus is at the core of satisfying and successful experiences in many aspects of life.

END_OF_DOCUMENT_TOKEN_TO_BE_REPLACED You’re invited! Join us for a Considering Calvert Day!

Prospective parents are invited to visit Calvert School for an opportunity to learn more about our unique philosophy and approach to education. Middle School student ambassadors will give tours of the School and provide insight into life as Calvert students. The event will conclude with a question and answer session hosted by Administrators.

For more information about the admission process, please inquire on our website.

Calvert School is an independent lower and middle school for boys and girls.

Visit McDonogh School and Discover a Love of Learning Why not begin at the beginning?

Come and visit McDonogh’s Lower School to learn why it is so important (and so much fun) to begin your child’s formal education right here!

END_OF_DOCUMENT_TOKEN_TO_BE_REPLACED Monitoring School Work: How Much Is Too Much?

Got questions about life? Love? Parenting? Work? Today we introduce Whit’s End, a new advice column by local husband, father, teacher, coach, former executive and former Marine Corps officer Al Whitaker.  Each week Al will address readers’ questions about anything ranging from school issues, coaching problems, relationship quandaries and more!  His experience is vast, and he holds a degree in psychology, too. To submit a question, email [email protected]. – The Eds.

My son will be entering the 9th grade at an excellent independent school. He is a good student, but does not always assert himself.  For example, he will not tell his teacher if the homework took him two hours when he was told that it should take an hour.  If he is having a difficult time with an assignment, he won’t ask for help or tell the teacher that he needed extra time.

Since I know what he is like, how much should I help him?  If I monitor whether he is working or on-line, he tells me to stop treating him like a criminal.  If I know that he is weak in certain areas or doesn’t check his work carefully, shouldn’t I offer to look it over first? Isn’t my job to see that he gets the most out of his school experience and does as well as possible?

Also, how often should I communicate with his teachers? Would asking for a weekly report from his teachers be reasonable? I’d like to make sure sooner rather than later that he doesn’t get behind or unnecessarily struggle at a school that has a reputation for being rigorous academically.

I just feel if I don’t get involved, something will go wrong, and he will miss a valuable opportunity.

Knowing how much to help is a tricky balancing-act for both of you.  You don’t want him to slip, especially without a safety net. But the only way for him to gain confidence is to believe that he doesn’t need the net, even though you know that people are there to “spot” or catch him if he does fall. However, you should not be one of those catchers.

END_OF_DOCUMENT_TOKEN_TO_BE_REPLACED Pediatric Authority Urges Schools Not to Cheat Kids out of Recess

Ready or not, students return to the classroom this week. Kids who are going back grudgingly may soon find school a little more tolerable—especially those who routinely miss out on recess.

END_OF_DOCUMENT_TOKEN_TO_BE_REPLACED

School Sign-in? There’s an App for that, thanks to this Upper School Junior

Michael Latman (Friends, ’14) and several of his classmates were standing in line one morning this fall waiting to sign in at the school’s front desk when an idea came to him. “I said to my friend, ‘Why don’t they just make a phone app so you can check in from anywhere on campus?’” Latman recalled. Mere weeks later, such an app had fully replaced the old-fashioned paper and pen check-in system at Friends Upper School. The mastermind behind the mobile device? Latman.

END_OF_DOCUMENT_TOKEN_TO_BE_REPLACED

The Homework Hassle: Too Much of a Good Thing?

It was a picture-perfect evening. The humidity had finally dissipated, leaving us with air that could almost be called crisp. To the west, the sky was turning shades of orange and gold as the sun began its descent. Somewhere nearby, little kids laughed and screamed as they played chase before their parents chased them inside for the night.

Inside, my 11-year-old daughter experienced none of it. She sat, hunched over at the kitchen counter, school books splayed in front of her, her hand holding up her head. It wasn’t long before her fatigue and frustration gave way to whimpering and a full-on meltdown—ostensibly over a single homework assignment but more likely due to the breaking point brought on by sheer exhaustion that comes after a long day of school followed by a seemingly longer evening of homework. Ah, welcome to the start of another school year.