Is a Super Bowl Commercial Really Worth $4.5 Million?

END_OF_DOCUMENT_TOKEN_TO_BE_REPLACED

#Deflategate may be just another NFL ploy to co-opt our attention in the two week layoff before the Super Bowl, but it just so happens to be pretty successful. After all, the hype machine that accompanies the week before the big game is in full swing, and we’re still talking about it. Given the general Patriots hate and the scientific explanations that have emerged, it’s no surprise that a Change.org petition emerged that takes aim at keeping Tom Brady and co. out of the Super Bowl. Still, you might not have expected it to come from Baltimore.

END_OF_DOCUMENT_TOKEN_TO_BE_REPLACED

So….we’re not going to the Super Bowl this year. But, whatever. Let the Seahawks and the Patriots have their fun. We’ll be back with a vengeance next season. And besides that, we’ve got baseball season on the horizon, so come spring, we can drown our sorrows at Camden Yards and hope for a World Series championship, right? But in the meantime, we’ve still got to watch the big game somewhere. And since this year the stakes are lower for us (we won’t be clawing the stuffing out of the couch in the last quarter like a couple years ago) we might as well have a great time. And who knows how to throw the biggest and best Super Bowl party this side of the Potomac? Jimmy’s Famous Seafood. They’ve been doing it for 24 years.

END_OF_DOCUMENT_TOKEN_TO_BE_REPLACED

Advertisers have long relied on the selling power of sexiness–female sexiness, of course–claiming that it’s the best way to get people’s attention. But according to research by a Johns Hopkins professor, sex appeal isn’t actually what makes people pay attention to an ad.

END_OF_DOCUMENT_TOKEN_TO_BE_REPLACED

The Ravens Are Probably Hanging Out With Barack Obama RIGHT NOW

Today, the victorious Baltimore Ravens will celebrate their 2013 Super Bowl with a visit to the White House. Does this plus Obama’s congratulatory phone call to coach John Harbaugh mean we can count the president as a Ravens fan?

END_OF_DOCUMENT_TOKEN_TO_BE_REPLACED

In a pre-Super Bowl press conference, someone asked Ravens quarterback Joe Flacco what he thought about cold-weather cities playing host to the Super Bowl. “Yeah, I think it’s retarded,” he said — then immediately backtracked: “I probably shouldn’t say that. I think it’s stupid.” Despite an apology, over the next week, Flacco was condemned for his “poor command of the English language” and “offensive” word-choice. And now, Flacco (along with teammates Gino Gradkowski and Ed Dickson) has signed the Special Olympics’ R-Word Pledge, promising to never again use the term in a derogatory way.

END_OF_DOCUMENT_TOKEN_TO_BE_REPLACED

In case you missed it last night, Jacoby Jones made his debut on Dancing with the Stars.  The Ravens superstar had knee surgery soon after the Super Bowl and was only healed enough to begin practice one week before the show.  Still, he and partner Karina Smirnoff performed well enough to receive a scored of 20 from the judges, placing the duo in the middle of the pack. After the performance, a noticeably out-of-breath Jones explained his fatigue by saying, “There is no play in the NFL that lasts 1 minute and 30 seconds!”  Judge Carrie Ann Inaba said of the routine, “That was like a big collection of touchdown dances.” What. Ever. We say, play to your strengths Jacoby, play to your strengths…

The Onion Makes Fun of Baltimore in Predictable Ways

When the Washington Post is snobby about Baltimore, it raises our ire. The Onion? Well, they can get away with a bit more. Still, I can’t help but feel that they could work a little harder for their jokes. “Final Police Report: Only 20,000 Killed During Ravens’ Super Bowl Parade,” the satirical news website wrote earlier this week. Ha! Get it? Baltimore is violent!

END_OF_DOCUMENT_TOKEN_TO_BE_REPLACED

When it was determined that San Francisco and Baltimore would be playing each other in the Super Bowl, all sorts of bets were made between our two mayors, senators, congress-people and others. Amongst those who bet were novelists Armistead Maupin and Laura Lippman, who agreed to pen an ode to the other’s city upon losing the game. 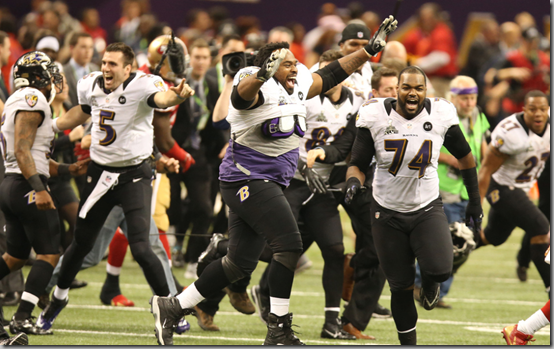 Herewith is the poem that Armistead Maupin wrote.

The Virtues of Baltimore (After Pondering Weak and Weary)

Who makes Baltimore so fine?

The Duchess of Windsor or Divine? 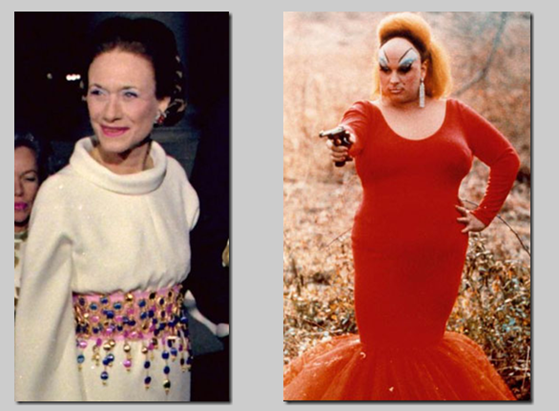