END_OF_DOCUMENT_TOKEN_TO_BE_REPLACED

10 Things to Do in Baltimore this Weekend: Comic Con, Scary Movies and a New Frederick Douglass Walking Tour

Halloween is coming, frightening as it may be to think about another holiday in the pandemic. This weekend brings a menu of spooky movies and performances. Plus, Baltimore Comic Con goes virtual, offering a chance to dress up in costume (at home). Here’s the lineup:

END_OF_DOCUMENT_TOKEN_TO_BE_REPLACED 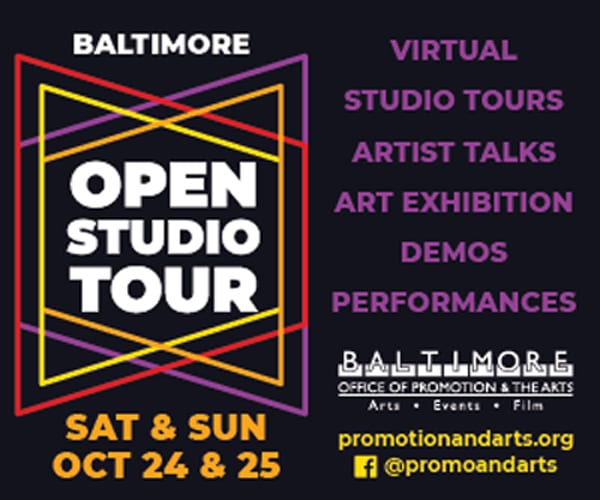 END_OF_DOCUMENT_TOKEN_TO_BE_REPLACED

This Week: We are featuring online events that you can participate in from the comfort of your own couch plus a few ways to get involved locally and nationally. Stay home, stay healthy, stay engaged in the arts.

To submit your calendar event, email us at [email protected]!

“Rights and Wrongs” is a 3-part series that explores a range of perspectives, including the history of race in America and the Black Lives Matter movement, women’s suffrage and the 100th anniversary of the 19th Amendment, immigrant rights, public health vs. individual liberty, voter rights and voter access, freedom of speech and the arts, or other topics and approaches that connect to this theme.

END_OF_DOCUMENT_TOKEN_TO_BE_REPLACED

10 Things To Do This Weekend in Baltimore: Halloween Movies, Outdoor Music and Street Art

These days, it’s not just the content of the event. It’s how you’re putting it on. This week, Baltimore’s community is balancing dedication to the craft and commitment to safety with puppet shows in a parking lot, streaming jazz and drive-in movies. Plus, there are a couple chances to go inside the city’s much-loved street art:

END_OF_DOCUMENT_TOKEN_TO_BE_REPLACED

A panel of scientists discuss the challenges, promises, hopes, and dangers of stem cell research and the exciting new technologies that have enabled us to explore and even alter the building blocks of life itself. On Wednesday, October 21, join Great Talk and The Alexander Grass Humanities Institute, Johns Hopkins University as they present a Special Community Service Event: Stem Cells: Accessing the Cutting Edge Gene Design and Therapies. Starting at 7pm, the event is free and virtual with registration. Click here to register.

END_OF_DOCUMENT_TOKEN_TO_BE_REPLACED 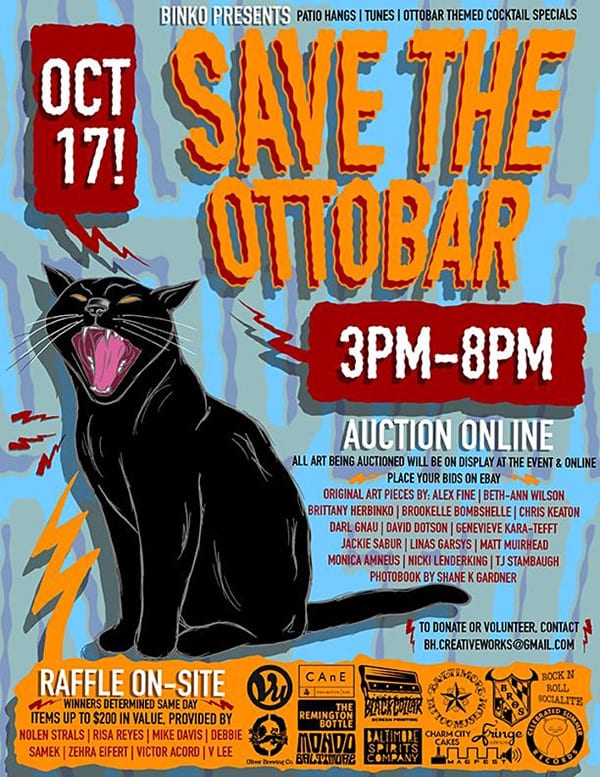 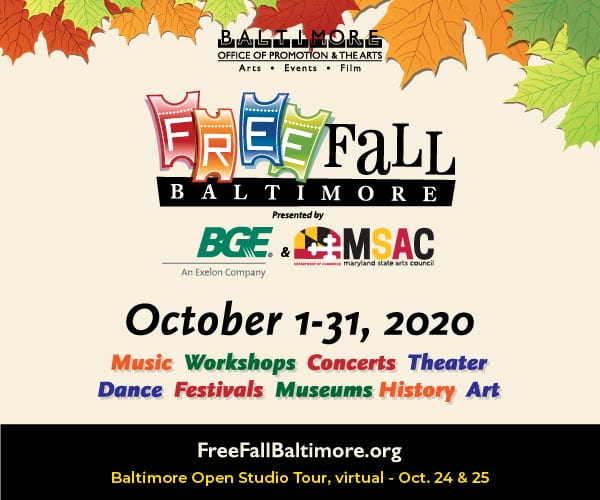 Love the arts? There are plenty of cultural activities taking place online this month. There is no need to leave the house. The Baltimore Office of Promotion & The Arts (BOPA) announces that Free Fall Baltimore presented by BGE and Maryland State Arts Council (MSAC), is taking place as a hybrid of virtual and small in-person events.

END_OF_DOCUMENT_TOKEN_TO_BE_REPLACED

Live, local music is one of the things we’ve been missing most in the pandemic, but this weekend provides a pair of chances to check out Baltimore bands from home. Plus, get into the spooky season with outdoor movies on Charles St., Halloween drag and a commemoration of Poe’s death.