The author of “Low Budget Hell:  Making Underground Movies with John Waters” shares the story of an attempt to make an underground movie in Baltimore called “Vacancy” by two Baltimore college student filmmakers shortly after the release of “Pink Flamingos” in 1972, in which Divine played a supporting role.  Though, tragically, never finished, the filmmakers greatly assisted Waters with “Female Trouble,” which they characterized as a “student film” so he could use facilities and students at the brand new film school at The University of Maryland Baltimore County.

After making real money from Pink Flamingos, John could move to the next movie, Female Trouble.  His previous films had been made with the help of a moonlighting local TV news cameraman who would bring a “single-system” 16mm film camera to John’s shoots and set the exposure while John filmed with the ungainly camera mounted with a brace on his shoulder.  Single system film was designed strictly for news stories that cut from master scene to master scene and allowed only the most primitive editing.

John’s technical guru during those early 16mm films was Pete Gary, who ran Baltimore’s only 16mm film lab in a one-man operation.  He kept his ancient film processing machines running with duct tape and paperclips.   Pete had learned his trade at Baltimore’s Pimlico race track, home of the Preakness.  In the time before video tape, 16mm cameras shot each race, and if it was contested, Pete would quickly process the film in a small basement room at the track, so the judges could view a replay.  This was Baltimore’s “film industry” of the 1960s.  Pete gambled there might be a bigger market in Baltimore with color TV coming in, so he invested in some equipment and opened shop in an old Govans diner, not far from where John had lived at the time.

Pete’s big season was the fall, when dozens of local high schools brought him their 16mm football game films.  A few industrial film producers, the busy new Maryland public TV station, and a handful of film students from local colleges like the University of Baltimore County, the Maryland Institute of Art, and Towson State University kept him afloat.  John’s occasional underground movies were a tiny fraction of the work.

Politically, Pete was an arch conservative libertarian, and his slick Elvis haircut plaid polyester shirts and khaki pants were a huge contrast with John’s shoulder-length tresses and thrift-shop chic.  Pete could have been very abrasive with the arty film students, John, and the public TV progressives, but he got along with everyone, patiently explaining the process of focus, exposure, film stocks, prints, tripods, lenses, lights, and editing, for John and Baltimore’s few other novice filmmakers.  Pete warmly welcomed new customers who were shooting more film and growing his business while he hoped for Baltimore to become a real movie production town.

Sound had always been a problem for John’s films.  Single system film was not meant for duplication and was a pain to edit. It is a miracle that Pink Flamingos survived with any sound.  The single system news camera recorded sound on a thin magnetic strip on the side of the film.  To add music or narration, John had to record directly onto the film.  If he missed a cue, he would record over the original dialogue and it would be lost forever.

Though John swore that he hated technology, he did want his films to look like the ones in movie theaters.  He realized Pink Flamingos’ bad sound was a problem to be addressed in Female Trouble.  Pete patiently informed him that with “double system equipment” where the sound and picture were recorded and edited separately, John could lick the sound problems, and use the more standard technique of mixing music and effects over dialogue, and cutaways, the tools of real movies.  He could shoot close-ups and cutaways, and structure in his films instead of recording scenes only in long master takes, without the risk of losing sound or picture during the edit.

This new double-system thing was beyond the abilities of the local TV station moonlighters, so having earlier processed the Vacancy footage, Pete recommended John contact UMBC’s film department. They had the equipment John needed, and eager people who knew how to use it and were willing to work cheap.

But first came Vacancy.  UMBC’s equipment was barely out of the box before Lee (originally a painting teacher—turned filmmaker) and his buddy, Jochen, a square-jawed German who made training films at the U of M Nursing School, started their own feature film.  It was funded by a rich suburban dentist who was smitten by the perks of movie making—the potential for easy girls, exotic intoxicants, wild parties, and the chance of becoming famous.  It was the classic independent movie trio:  a techie who could run a camera, a “visionary artist” who talked a good game, and a bored dentist with money to waste.

Waters had already completed Pink Flamingos and in the grand tradition of the movie industry, the trio decided to rip off his ideas and success.  Pink, like most of John’s films had a basic conflict plot, but was mostly a slide show of weird people doing weirder things.  John showed a new generation of filmmakers that with some movie-making gear, daring friends willing to take off their clothes for the camera,  and a few rolls of film stock, you could make a movie that made headlines.  You didn’t need a sophisticated plot, since the visuals would be so shocking, people and the media couldn’t resist.  A professional cast wasn’t needed, because John had shown that bad acting was a bankable element in the brave new world of underground movies.

In Lee’s and Jochen’s pot-infused creative meetings, a can’t-fail idea for an underground movie was hatched.  Called Vacancy, it was the story of daily life at a creepy no-tell motel.  Each room featured a different bizarre activity.  The scenes included an orgy, drug use, youthful angst, transvestitism, suicide, and one arty, meaningful scene where a woman laid out a soldier’s uniform on a bed and made love to it.  Peep holes in each room let the manager spy on the goings-on, and he gave a running voice-over commentary that provided a thin connection between the acts.  Lee and Jochen hired Divine for one day, to add a “name” actor.  John was bothered that Divine, his big star, would consent to work in such an obvious rip-off of his work.  But at that time, Pink wasn’t making much money, and John couldn’t afford an exclusive contract, much less bus fare for Divine.  When the Vacancy producers offered him a few hundred bucks for a day’s work, Divine jumped at it.

But Vacancy was doomed because the producers were college people.  They couldn’t make a commercial gory, perverse movie.  It couldn’t be just fun shocks and thrills, like John’s films.  It had to be a profound work of art.

Vacancy was shot in a few weekends.  As it was edited, the filmmakers began to realize that a plot and decent acting were important features of a movie—especially one with arty aspirations.  Disappointment surged through their small student crew who had worked their butts off for free.  The disconnected footage wasn’t even long enough to be called a feature film.  Pretty soon the buzz was thatVacancy was in trouble, and virtually abandoned, which was a relief for John.

Lee and his pals worked on the feature for years.  They found new angels to invest more money to shoot additional scenes so that a 90 minute film could be released.  The final blow was when Charles (the editor of the final cut, as well as editor on three of John’s films) tracked down the original film rolls preparing for an actual projection print.  Unfortunately, the last investor had stored the originals in his attic, where summer temperatures exceeded 150 degrees.  Every roll of film had melted into a solid plastic disc, like a gummy bear Frisbee, and there was now and forever, literally, no Vacancy at all.

An historic artifact for all Divine lovers and Waters scholars is gone. 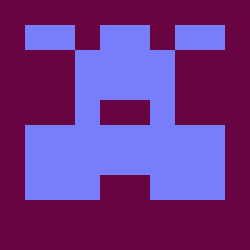