We’ve read nationally that hot restaurants are trending away from customer coddling. One Baltimore restaurant seems to echo this rhythm, but is it actually symptomatic of a larger happening? Local diners, please weigh in below. – The Eds.

The world of a work-at-home mom almost always has one of two things going: either a juggling act or a balancing act, but typically it’s a circus. I don’t think the majority of people realize the sacrifices moms makes in order to maintain a daily presence with their children. That’s a topic for another column. My own juggling act brought me to a cozy, upscale urban bistro at lunchtime, with my tween, my toddler, and meeting notes.

At 11:40 am one recent summer morning, I realized my sitter was 10 minutes late, and I now had 20 minutes to get to a lunch meeting which was at a location 30 minutes away.  A glance at my cell phone and I spied a text…she’d cancelled.  Within five minutes, I had packed a baby bag, and threw in both a Fisher Price “laptop” for my daughter and my son’s iPad for good measure.  I managed to arrive to my meeting only 15 minutes late.  Whew.

I was meeting a sub-contractor, who works as both my chief fundraiser and administrative assistant, for events that I plan in the course of my media consultancy business.  A fellow foodie, she picked the bistro, a place she’d enjoyed and wanted me to try, and the meeting was going to be a laid-back but important one:  a post-mortem for a very successful event that was held a few days prior.  There were lots of loose ends to tie up and a budget to reconcile.  When I arrived at the Baltimore bistro, situated in the historic Hampden area of town, I was immediately enticed by the exotic aroma that greeted me.  I realized I was starving!  Despite being lunchtime, the place was deserted…only one customer sat with her back to us in a booth in the back.  It was my lunch companion.   I breezed in, out of breath, moving fast with a baby on my hip, and my super tall, 11-year-old looming behind me.

“You can see why I am late!” I said by way of greeting when I reached her table.  She smiled understandingly.  “I’m sorry… my sitter flaked out,” I said.

“No worries,” she replied.  And so I sat down in the booth across from her as a waitress approached.

“Hi!  Can I get you something to drink?” she asked.

“Ummm… let me organize myself first,” I told her.  “But in the meantime, can I have a highchair?”

“We don’t have highchairs,” she replied.

“Oh, well then a booster will be fine.”

“We don’t have those either,” she said with a shrug.

“You’re kidding me,” I said flatly, as I shifted my 22-pound daughter to the inside of the booth, and she immediately stood and reached for the place setting in front of her, and banged the fork on the table.

Now… a little about Jessica.  I will be the first to admit she’s busy.  She is quite possibly the busiest, fastest, loudest fifteen-month-old alive.  But she’s also friendly, happy, and generally well-behaved.  My 11-year-old, Jason, if I do say so myself, is a model citizen.  Polite, respectful, quiet.  He was of course, as is required by tween laws of mankind, bored and annoyed at having to spend lunchtime in a bistro with his mother and sister while his mother worked.    So since the restaurant was empty, I told him he could move to the table across from us, so that he could enjoy his lunch while he played on his iPad, undisturbed.

I ordered lunch for Jason, and he was content to eat alone and browse the internet.  I think it didn’t hit me at first, but upon hindsight, the way the woman (who turned out to be the restaurant owner) approached Jason was out of line.  She walked past his table, where he was clearly a patron at this point, as he had a Shirley Temple and a bowl of soup in front of him.  He was also clearly a child.  She said to him, “Are you waiting for someone?” in a very nasty tone.  Now I can see a waitstaff person asking a solo diner this question before his food arrives… but while he’s eating, chances are he’s alone.  Or in this case, just spread out.  I am sure his soup and sandwich and Shirley temple tab was enough to warrant the space he occupied.  However, my polite young son just said, “I’m with my mom,” and pointed to us.  I smiled pleasantly at the woman (again, her attitude toward my son did not stand out until her later actions made her position more clear).

“He wants his own space,” I said to her.  She pursed her lips disapprovingly and retreated.

My assistant and I got down to business while eating.  I had to swat Jessica away from my papers and direct her back to her own laptop a few times, and she sang out loud, but we largely let her alone and she let us work.  Finally, about 35 minutes in, she wanted to go to her brother’s table.  I let her down, and she ran to the table directly across from us in the narrow rowhouse restaurant.  She climbed into the seat next to Jason, spoke a few sentences of gibberish to him, climbed back down, and ran back to me.

By this time, two other groups of patrons had arrived.  That’s right, in the middle of the “lunch rush” this restaurant had a total of three tables booked.  Four if you count my son’s.  Moments after Jessica ran back over to me, and I picked her up and put her on my lap, the same woman who had approached Jason, arrived at our table and said, “The baby is disturbing my other patrons.”

“I’m sorry,” I replied.  My natural response…to apologize.   I also was looking around the room, trying to discern who she could be talking about.  No one was close enough.  The other two groups were seated at the front of the restaurant.  We were alone in the rear.

“It’s just… those people are having a business meeting,” she stated, pointing to the table at the very front of the restaurant.

“So are we,” my assistant replied, making a grand gesture to the notebooks, laptops and pens we had out.

Again, the woman retreated.  I was embarrassed.  But my assistant was furious.  “Do you mind?  I need to say something else to her.”

“No I don’t mind,” I said, glad that someone else was going to speak up for me, because I was nonplussed.  My assistant (now my hero) called the woman back over to the table, introduced herself and the woman in turn identified herself as the owner.  And then my assistant gave her a piece of her mind. She said we were patrons too and we were offended at her apparent distaste for our presence, despite our obviously hefty tab.  She said the restaurant was practically empty and that Jessica and Jason had been quite well-behaved, all things considered.  She said that she (my assistant) was sorry she had bragged about the friendly, welcoming atmosphere that had accompanied her meal the last time she dined there, and caused her to invite me to attend.  The owner calmly heard her out; however, she remained unapologetic.  She stated that it was NOT a child-friendly restaurant and had no intention of being one, even at lunchtime.  She said that was the reason she did not have highchairs, and she would not mind if my assistant wrote into OpenTable.com and posted a restaurant review which identified her establishment as not child friendly.  While I had never actually heard anyone be so brazen in their discrimination of children, I actually appreciated her candor: I can certainly feel comfortable spreading the word to save any other mothers or families a trip to a place so completely and openly unwelcoming.

But in the middle of the day, with a restaurant with so few patrons, and our group’s dining check coming to a hefty $100 for lunch, I’d have to say I am not so sure it was a smart business move.  Because I know a lot of women, and almost all of us have children.  My stay- and work-at-home mom crew love to lunch.  I won’t visit that restaurant again.  For that matter, while the food was pretty good, I also won’t be returning for dinner, with or without my children.  And I eat out.  A lot! 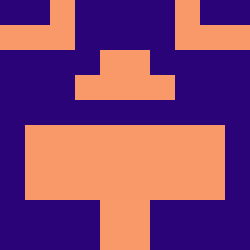