York Road College Bar Shut Down For Being Too Crazy

Assault. Sexual assault. Underage drinking. Indecent exposure. Alcohol poisoning. Another assault. More alcohol poisoning. Sound like a fun night to you? Then you will probably be sad to hear that Craig’s, aka Favorites Pub, a popular college drinking destination on York Rd. has been shut down by the city’s liquor board.

END_OF_DOCUMENT_TOKEN_TO_BE_REPLACED

Tailgating Not Banned at Towson

Yesterday, Towson University officials rejected a controversial ban on student tailgating, to the relief of Student Government Association president Kevin Kutner. “Yes, there are some issues we needed to address, but at the end of the day, the university needs to trust their students. I wish students would be able to have more freedom with this kind of thing,” Kutner told the Baltimore Sun. Of course, for the administration to trust students, students need to prove that they can be trusted.

END_OF_DOCUMENT_TOKEN_TO_BE_REPLACED

We all know that kids under the legal drinking age still manage to find a way to get drunk. But do they have to rely on such gross beverages? According to recent research out of the Johns Hopkins Center on Alcohol Marketing and Youth and the Boston University School of Public Health, underage drinkers prefer vodka, Bud Light, Smirnoff malt beverages, and Coors Light when they binge drink.

END_OF_DOCUMENT_TOKEN_TO_BE_REPLACED

The Valley Inn Opens, Sort of…

A few weeks ago, I heard that restaurateur Teddy Bauer had invited over the weekend a few friends to stop by his old-restaurant-made-new, The Valley Inn, on Falls Road in Brooklandville.  I immediately drove by and called the restaurant; both actions bore no fruit. The following Thursday, a friend and I met there for a drink and to see if it was open.  (I had heard from a friend of Teddy’s that he was going to open the bar first.) When we arrived at about 8:00 at night, the place was dead.

Looks like Richard Gorelick at The Baltimore Sun heard the same rumors I did and went by last Saturday to check things out for himself, and it looks like it is open (but mostly for FOTs – Friends of Teddy’s).  He reports that the pub is open for business on Fridays and Saturdays, serving burgers, crab cakes, salads and more.  Read his story here.

END_OF_DOCUMENT_TOKEN_TO_BE_REPLACED

The Best Places to Drink Outside in Baltimore

As the weather gets warmer, a young Baltimorean’s thoughts turn to frosty pints, or spiked lemonade, or minty mojitos, or crisp glasses of Vino Verde. There’s something extra-refreshing about having a drink outside on a balmy night; here are some of our favorite places to do just that. Add your own favorites in the comments!

END_OF_DOCUMENT_TOKEN_TO_BE_REPLACED

Welcome to our new occasional series “15 Under $15” by wine enthusiast and restaurateur Tony Foreman (who knows a thing or two about wine).  Tony owns wine shop Bin 604 in Harbor East and is a partner in Foreman Wolf, which owns and operates restaurants Charleston, Cinghiale, Pazo, Petit Louis and Johnny’s.

The priorities in assembling the below list were first and foremost flavor (as in a lot of it for the price) and secondly, versatility with food and typicity of place.  –Tony Foreman

END_OF_DOCUMENT_TOKEN_TO_BE_REPLACED

Last month, we questioned whether Towson University was a school with a drinking problem. Hospitalizations were up; the administration was in a tizzy; and then there was that whole riot/police dogs/tear gas/shooting thing at Homecoming. Being that drunk and sloppy is not a good look. Or maybe it’s a great look — hence the new “TU Wasted To Care” t-shirts that are causing some talk around campus.
END_OF_DOCUMENT_TOKEN_TO_BE_REPLACED

23.3 gallons of beer per person sounds like a lot, but it turns out to be not nearly enough, at least if Maryland wants to rise in the ranks of the nation’s top-beer drinkers. (Who happen to be New Hampshire-ites and North Dakotans, who apparently don’t have much else to do with their time.) According to the Beer Institute, probably a pretty cool place to work, we’re 47th in the nation in terms of per-capita beer drinking, which means we need to start chugging from those kegs with Natty Boh, stat.

END_OF_DOCUMENT_TOKEN_TO_BE_REPLACED 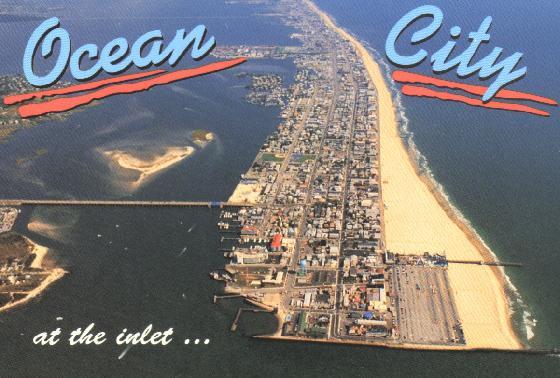 If you plan to visit the Ocean City area in the near future, be prepared for Senior Week 2012. Senior (alternatively “Beach”) Week is when graduating high school seniors leave their new diplomas at home and speed their way down to Ocean City for a week of whatever sort of twisted celebration they can come up with.

I remember last year racing to untangle myself from my graduation tuxedo so I could pull on a swimsuit and hop into a car headed down to the beach — I’ve never had so much trouble from a cummerbund.

Ocean City’s Senior Week used to be attended mainly by kids from Maryland and D.C.; Delaware and Jersey usually have their own thing going down, and the whole beach event wasn’t a fad south of the Mason-Dixie line. But the last few years have seen an ever broader group of kids coming to Ocean City – I had a roommate this year from Pittsburgh who had stayed only a few blocks away from me, and I know several people from New Jersey who said they’d been there as well.

With the increase in volume has come heightened concern about the safety of the seniors. Senior Week is notorious for being a giant party, with drunk teens wandering the streets and cops zipping down Coastal Highway dishing out citations. I have a friend who described it as a giant, very real game of “Cops and Seniors.”

Technically there is no official “Senior Week” – it’s just the week after your school has graduation, but the most popular stretch is June 4 – 11th. The festivities generally cool down by the end of the month.

As someone who was at Senior Week last year, my main suggestion to non-seniors who’ll be down there is avoid the bus.  And for Christ’s sake don’t let your kids on there.

I tend to think of fancy cocktails as a distinctly contemporary phenomenon, but it seems that early Americans got in on the mixology trend way before Woodberry Kitchen started serving up Union Swizzles and Manhampdens. A few centuries ago, people were drinking “punch” — a name thought to have evolved from “panch,” the Indian word for five. (England learned about it from India, and in turn brought the quaff to the colonies.) The five elements in question?  Something sour, something sweet, something strong, something weak, plus some spices for good measure.

If that sounds appealing to you, you’re in luck:  the Homewood Museum hosts its annual Evening of Traditional Beverages next week (Thursday, June 7, to be exact) on the museum’s lawn, and they’re bringing some of the city’s top mixologists in to recreate the flavor of a seventeenth-century cocktail. On hand will be Corey Polyoka (of Woodberry Kitchen), Brendan Dorr (of B&O American Brasserie), Doug Atwel (Rye), and Perez Klebahn (Mr. Rain’s Fun House). All these dudes are founding members of Baltimore’s newest secret society, the Baltimore Bartender’s Guild, “a collection of local Baltimore like-minded bar professionals with one goal: to raise the bar. To bring a new level of classic and contemporary cocktails to the city of Baltimore, while providing guests with the best quality of service.”

If you’re interested in attending, know that tomorrow’s the last day to make advance reservations (info here). Walk up tickets may be available, but that seems unlikely.